Kangaroo Mother Care: a difficult conversation and a beneficial practice

The Atlantic recently published an article about Kangaroo Mother Care (KMC) which told the story of Carmela Torres from Colombia, a mother of three children born premature. Her experience with her first premature birth was terrifying, but with her second and third children, she was encouraged to practice KMC — constant skin-to-skin contact with her baby until he weighed approximately 5.5 pounds. 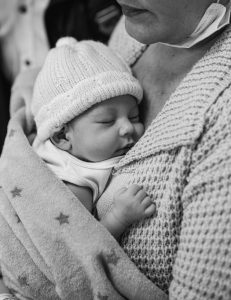 Carmela is not the only success story associated with KMC.  Edgar Rey, a Colombian pediatrician, began the program in 1978 in the Instituto Materno Infantil in Bogota, Colombia. Upon commencing KMC at his hospital, he found, “[premature infant] death rates and infection levels dropped immediately. Overcrowding was reduced because hospital stays were much shorter, incubators were freed up, and the number of abandoned babies fell” (Corner, 2017). Currently, KMC is a mandate in Colombian law– all mothers with babies born weighing less than 2500g are sent to their nearest KMC center after delivery.

“It is clear KMC is about much more than just saving the baby’s life. It is about allowing the baby to thrive and giving it the best possible quality of life. I have fought all my life to show that KMC has nothing to do with comfort or massage or anything fluffy like that. It is difficult to do… but the benefits are extraordinary.”

Today there are more than 1600 studies showing that KMC works. Babies who are exposed to KMC bond more strongly with their parents, can self-regulate better than babies treated with conventional care, and their heart and respiratory function improves. Kangaroo babies also perform better in cognitive development and have higher IQs at 12 months of age (Corner, 2017).

What does KMC have to do with health communication?

In the MS in Health Communication program, we’re currently taking a class called “Difficult Conversations in Healthcare,” taught by Dr. Courtney Scherr. Broaching the concept of KMC is a classic example of just such a conversation. Many new parents may not initially understand KMC, as most of us are conditioned to accept that modern medicine for preemies, including incubators, breathing treatments, anti-bacterial protocols and the like, would be standard practice. However, KMC has proven that an inexpensive, human-centered and non-medical approach may be better for underweight babies than conventional medical care.

The United States clearly falls into the third category. The argument for Kangaroo Mother Care here does not come out of strict necessity, but instead should be framed as an improvement on the current system.

Research has shown that KMC lowers costs and improves outcomes for both parents and babies. I think it’s time for the United States to study Kangaroo Mother Care more and determine how it could be implemented more often here. Some hospitals in the U.S. already practice skin-to-skin contact and kangaroo care (some of these have the Baby-Friendly designation). Studying countries where KMC is practiced could help. While it’s important to keep in mind that modern medical technologies have helped many mothers and babies, and that it is the mother’s choice that matters most in this respect, taking a closer look at Kangaroo Mother Care could have a myriad of benefits here in the United States. References