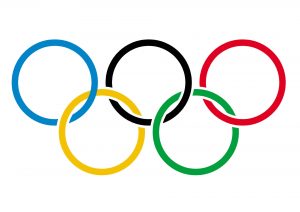 Prior to the Olympic Games, there was substantial media coverage about the Zika outbreak in Brazil. Much of the coverage focused on educating the public about the risks of Zika. In Professor Zickler’s Public Health Campaigns class and Professor O’Keefe’s Changing Health Behavior course we discussed strategies for relaying information about health risks to the public to impact behavior. After taking these classes and understanding the theories used to communicate health information, it is interesting to pay attention to the techniques the media is using to discuss Zika in relation to the Olympics.

In Dr. Scherr’s Learning and Health class we talk extensively about health disparities and the role health communication can play in reducing them. According to Healthy People 2020, health disparities occur when people systematically face obstacles to health based on a variety of characteristics including race, socioeconomic status, religion, and sexual orientation. Health disparities have been illustrated in news coverage detailing the experiences of Rio residents and Olympic athletes. I have seen a number of articles discuss the fact that Rio residents have been living without access to proper sanitation, clean water, and healthcare. Construction for the Olympics was to include the expansion of sanitation and infrastructure to the nearby communities, but this did not happen. As a result, local citizens continue to live without access to these resources, and many of them have been forced to relocate to make way for Olympic Park.

While there are some reports drawing attention to the experiences of local residents, much of the media coverage has focused on the health risks athletes face in terms of clean water, Zika risk, and living conditions at Olympic Village. It is interesting to see the contrast in the way the stories are framed. Understanding all sides of the issue is important, though it is crucial to consider how media coverage impacts how health disparities are perceived and perpetuated.

In The Experience of Illness with Dr. Lambert, we discussed how people have to reconstitute their identities when they experience a monumental physical change like being diagnosed with a chronic illness. Illnesses often change how bodies function physically, which has implications for identity.  As a result, people are forced to re-establish who they are and rewrite their personal narrative to incorporate this new aspect of their health into their biography. Identity and health is a theme I have noticed in Olympic coverage multiple times.

The first way it has come up in media coverage is in stories about athletes who have come out of retirement to continue training and competition. Though they do not explicitly state it, many of these athletes allude to the fact that their ability to perform in sports is so deeply ingrained in their identity that they are unsure who they are if they are not an athlete. For example, Michael Phelps was shown talking about how he struggled with knowing who he was after he initially retired from swimming.

The other way identity relates to the Olympics is when athletes talk about overcoming injuries. Brad Snyder, who is an Olympic swimmer that lost his vision after being caught in an explosion while serving in the military, touched on some of these ideas in his interviews. In some of the pieces about him, Snyder talks about learning how to adapt and live without vision, and the role that swimming played in allowing him to make sense of himself.

Overall, the Olympic media coverage is reflective of many of the theories, concepts, and topics we have covered over the course of the MSHC program. It is interesting and important to examine the ways in which the media covers the Olympics since it will undoubtedly influence opinions about the event and the athletes across the globe.