Doctors didn’t trust women with their own pregnancy tests

The development of the at-home pregnancy test is a story about lack of trust in patients- A story of conflict between doctors’ relevance, power, and profit versus patients’ needs and privacy. It’s an example of failing to give women a seat at the table on issues that couldn’t possibly impact them more profoundly, and of wildly miscalculating patients.

This Sunday’s New York Times ran a fascinating article by Pagan Kennedy about the obstacles to getting at-home pregnancy test into women’s hands. The squeamishness went far beyond issues of sexual mores. In 1967, pregnancy tests were performed in doctors’ offices, and doctors controlled access to the test results. That year, Margaret Crane, working at Organon Pharmaceuticals, realized that at-home kits could be designed. Crane recognized that women – many of whom couldn’t get access to birth control because they were single, and who risked being fired for getting pregnant – would want them. At-home tests would offer instant results and privacy without the hassle of an unnecessary office visit.

Crane’s idea had a lot going for it: The kits would be accurate, and cheap and easy to design. There were no medical challenges to overcome.

Crane’s proposal was firmly shut down.

It would be another 10 years before the tests landed on American drugstore shelves.

Doctors didn’t want to be cut out of the process or the profits. Pharmaceutical companies didn’t want to battle doctors over it. No one wanted to be associated with the “fast women” who wanted the tests.

But most importantly, no one trusted women with information about their own bodies: They wouldn’t use the test correctly; they wouldn’t get prenatal care; users would be “scared 13-year olds” or “unmarried senators’ daughters” who would “jump off a bridge.” 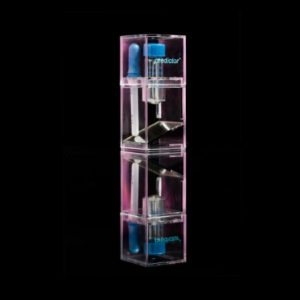 Ultimately, Organon Pharmaceuticals moved ahead with the idea – but Crane got little credit or profit.

As Kennedy points out, the same types of concerns that delayed the at-home pregnancy test in the sixties hampered at-home HIV tests as late as 2012. Kennedy notes: “Again and again, the same questions come up: Are patients smart enough? Can they handle bad news? And do they have the right to private information about their bodies?”

What is the path towards mutual doctor-patient trust – a path that ultimately gives people more access to information about their own bodies and empowers them to make good decisions? There is a rich tapestry of techniques that can and should be harnessed to help address these challenges, including strengthening patient-doctor relationships, improving health literacy, and embracing shared decision making. These techniques can help patients understand at-home test results and the value of sharing them with their doctor, allow doctors and patients to jointly decide on next steps, and improve the likelihood of follow-through.

Providers need to act fast, because the dam is breaking, and doctors are losing their grip on the role of information gatekeeper.